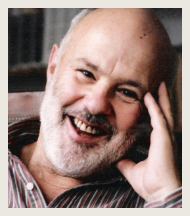 The Hungarian revolution of 1956 (Myths and Realities)

Earlier versions of the essays in this volume have been published between 1994 and 2002 in various periodicals. They need to be collected not just because of their common theme – all are related to the Hungarian Revolution of 1956 – but also because every one of them is surrounded by legends, wrapped – to a greater,or lesser extent – in myths. We must not live with illusions; it has oft been shownthatto struggle against the voices of sirens, bent on enhancing somestory or other or, on the contrary, to denigrate the reputation of some revolutionary hero, usually for the sake of some base political motive,is a struggle like that of Sisyphus. Yet it may be a worth while enterprise, after all, to publish the results of research, factual as they maybe,for there are those who, afterall, are interested in whatreally happened. Of course, the myths are interesting for their own sake, as long as we keep in mind that they belong to another“genre.”